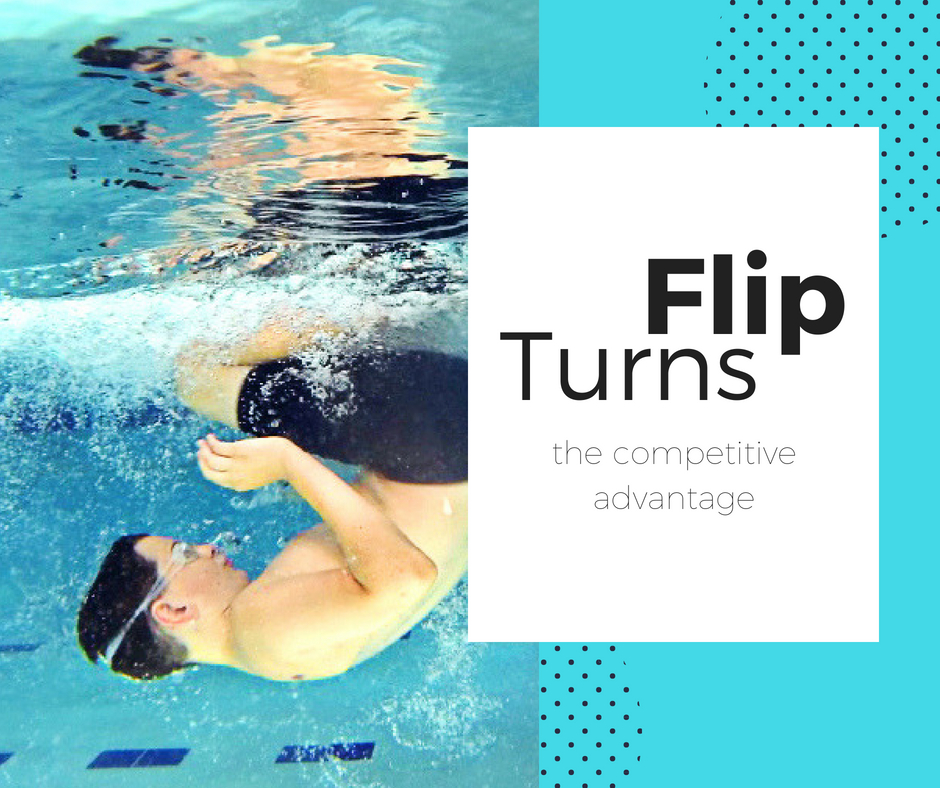 Hi everyone, it’s Mike from the Gold Medal Swim School! It’s summertime here and we’ve got a lot of swim racing going on! It’s super exciting and we all want our children to do well. You may be asking yourself, what’s the thing my swimmer does during Freestyle called? The thing they do at the wall? It’s called the flip turn, and it really gives swimmers a competitive advantage to be a little faster during their races.

However, it is surprisingly not as easy as you might think. So, here at the Gold Medal Swim School, we have broken the flip turn down into a few key components. They may sound simple, but keep in mind they can be quite difficult to perform.

When your swimmer gets close to the wall, we ask them to kick in as fast as they can with one of their arms up. This allows them to get ready for the first phase called the power pull. I can give you reasons why this is important, but let’s simplify it and say a strong pull to the wall gives you more speed. Movement with more speed in tends to have more speed out. So, your swimmer will start with a power pull, chin to chest, and then will make a small ball and push off into something resembling a streamline. This is the basic essence of a flip turn.

Now, there are a few things at play here which parents and spectators sometimes don’t notice. Number one, when you go upside down in the water, water will shoot straight up your nose which, let me tell you, is not that fun. It hurts and burns so instead we ask our swimmers to blow bugger bubbles.

The second thing that can make flip turns a little more difficult is we are essentially asking your swimmer to swim as fast as they can into a concrete wall without smacking their head. So, always show them a little patience and remember when they practice turns in the mid-pool area, it is because we want them to get used to somersaults and blowing out their air. It takes practice. Repetition and practice.